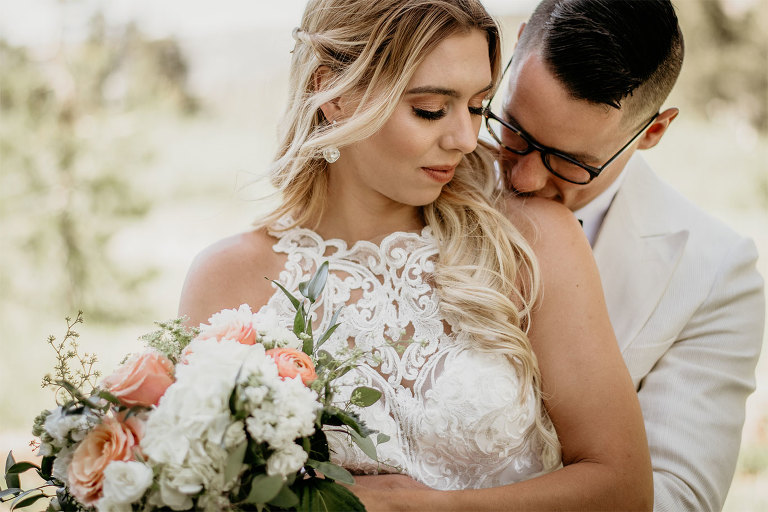 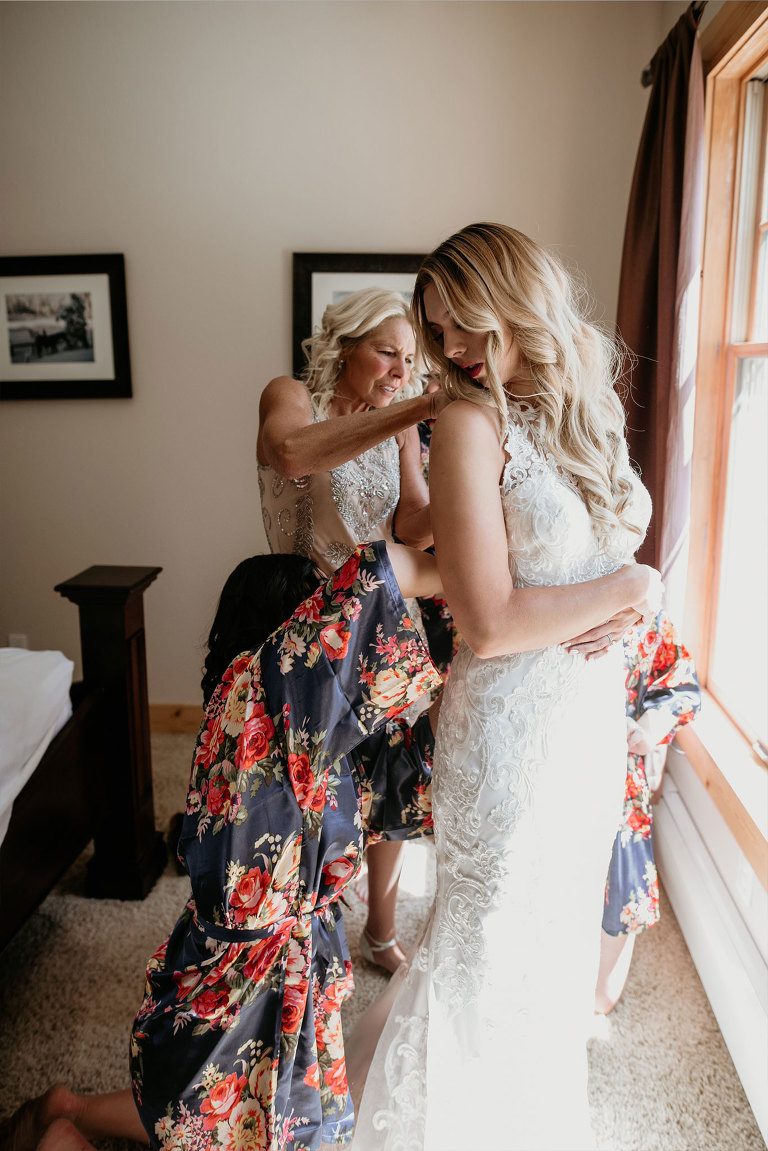 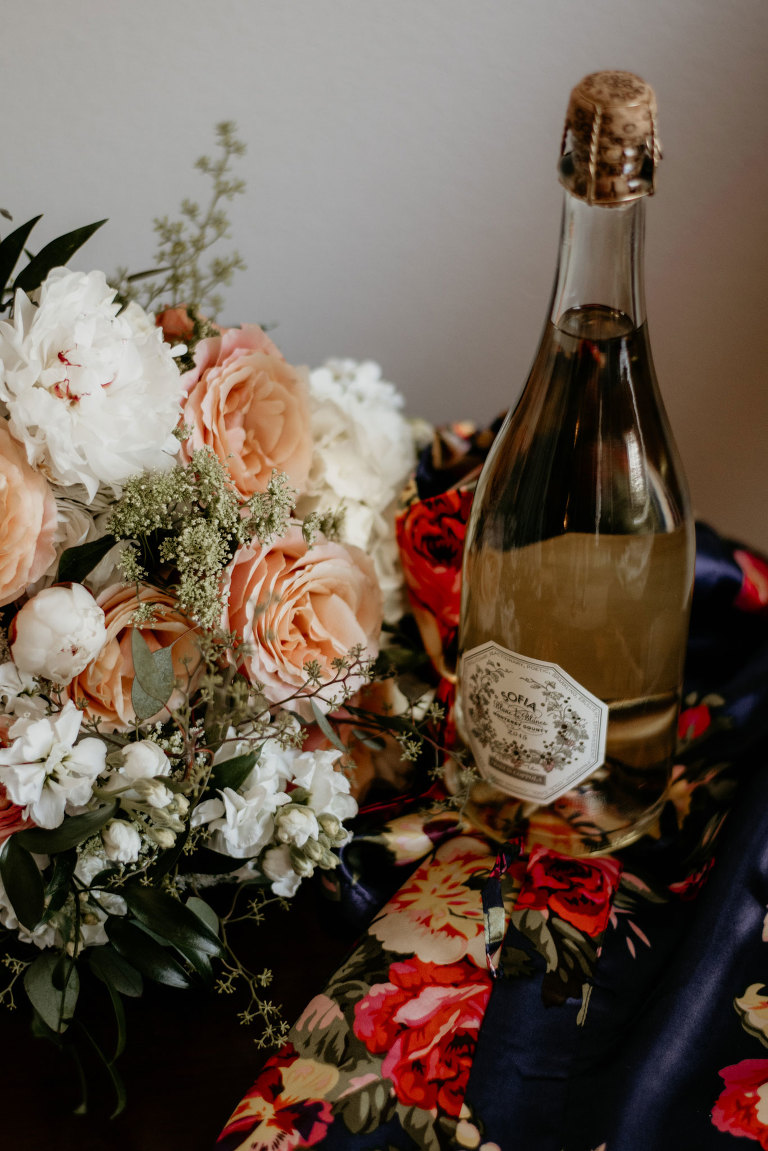 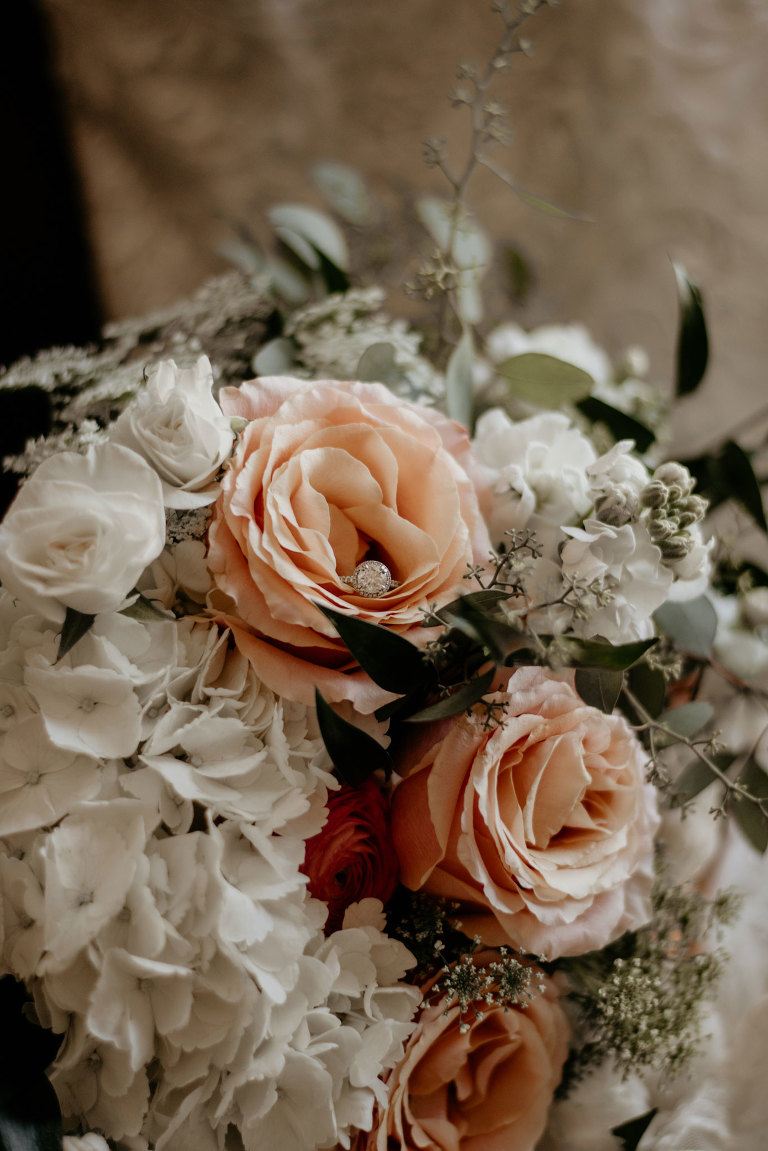 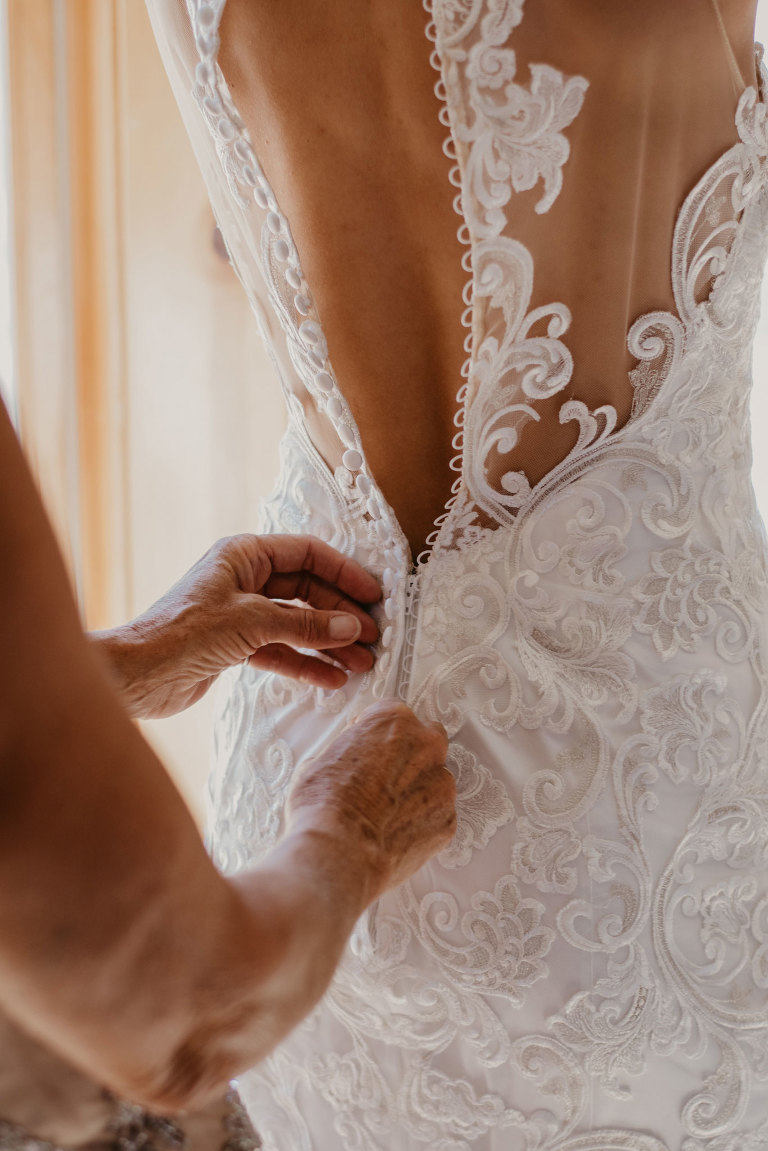 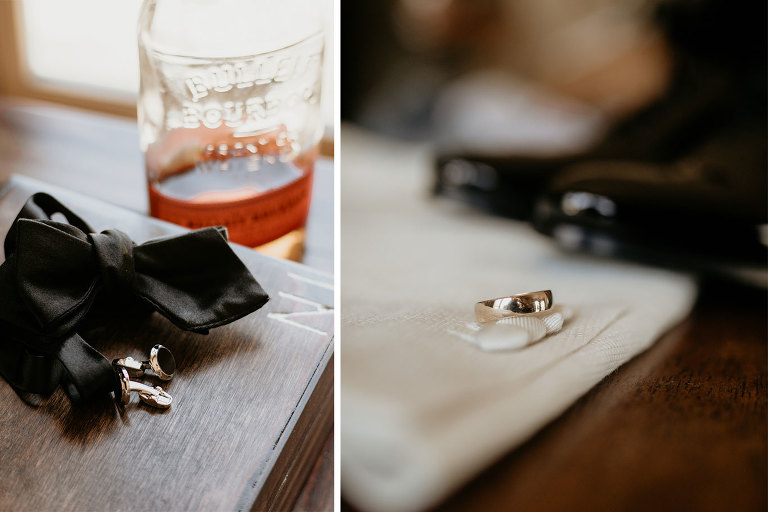 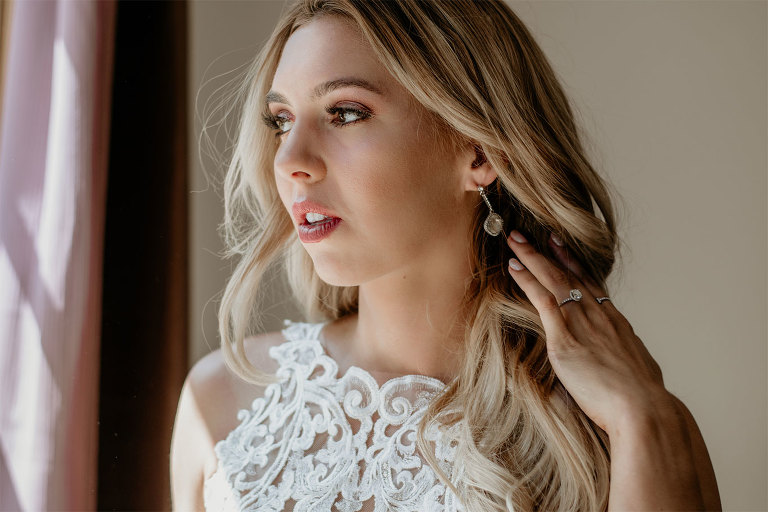 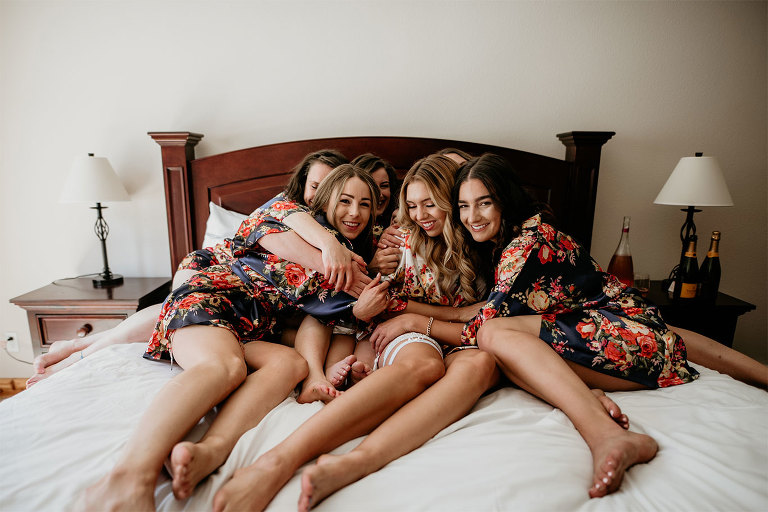 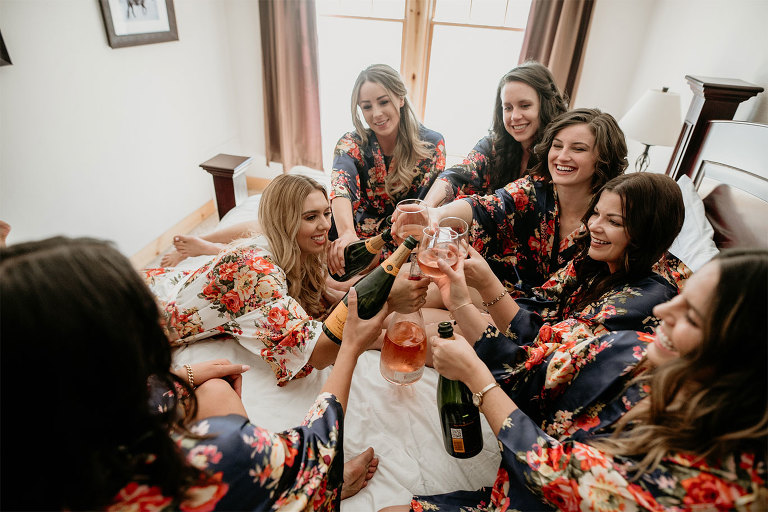 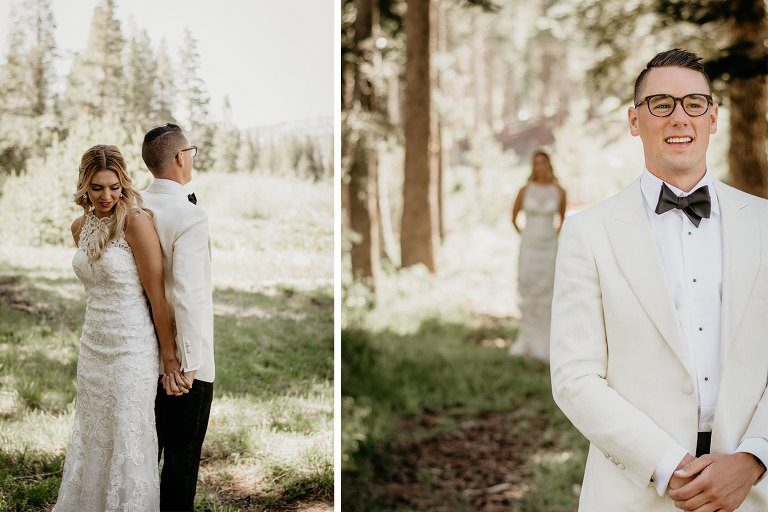 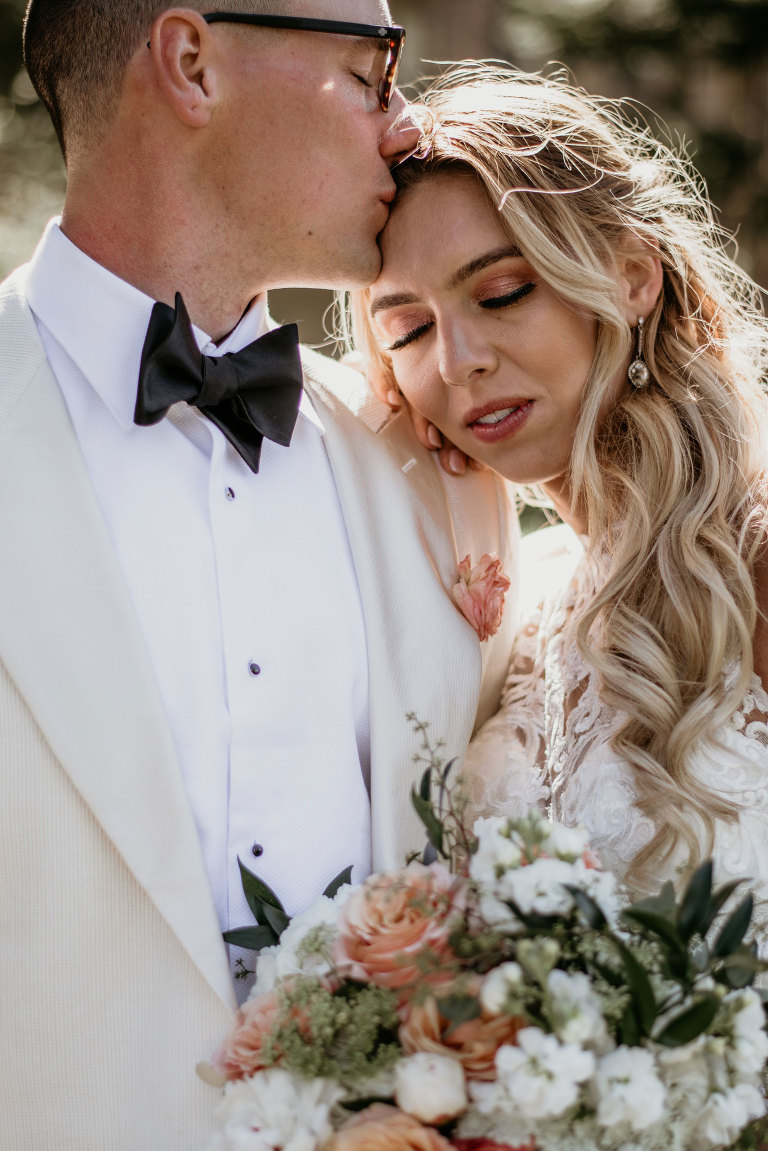 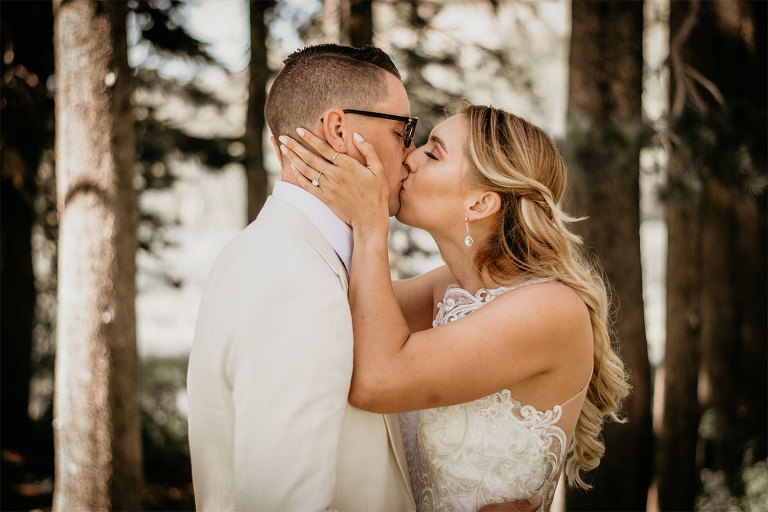 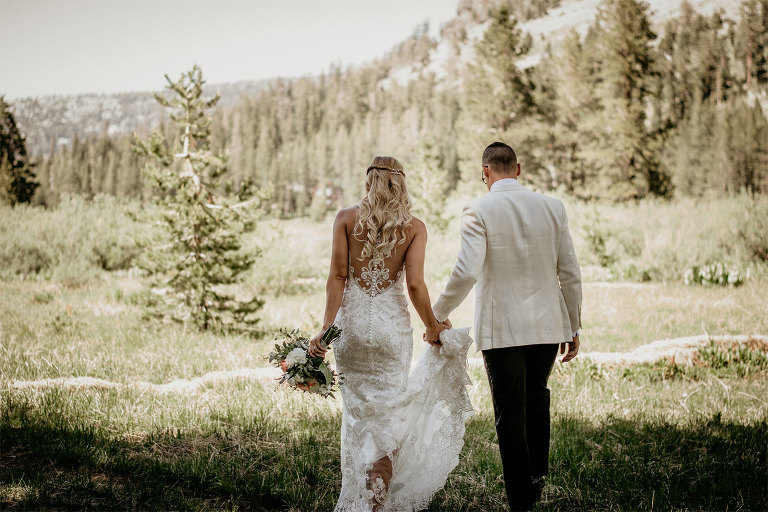 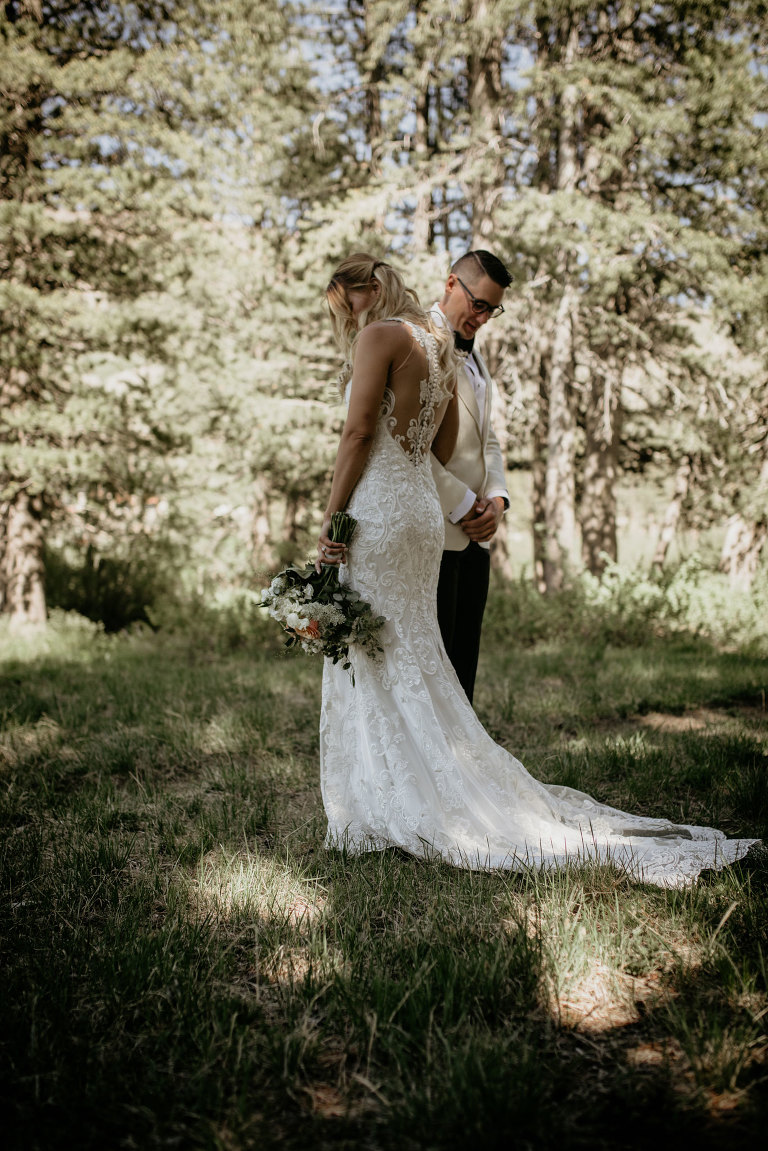 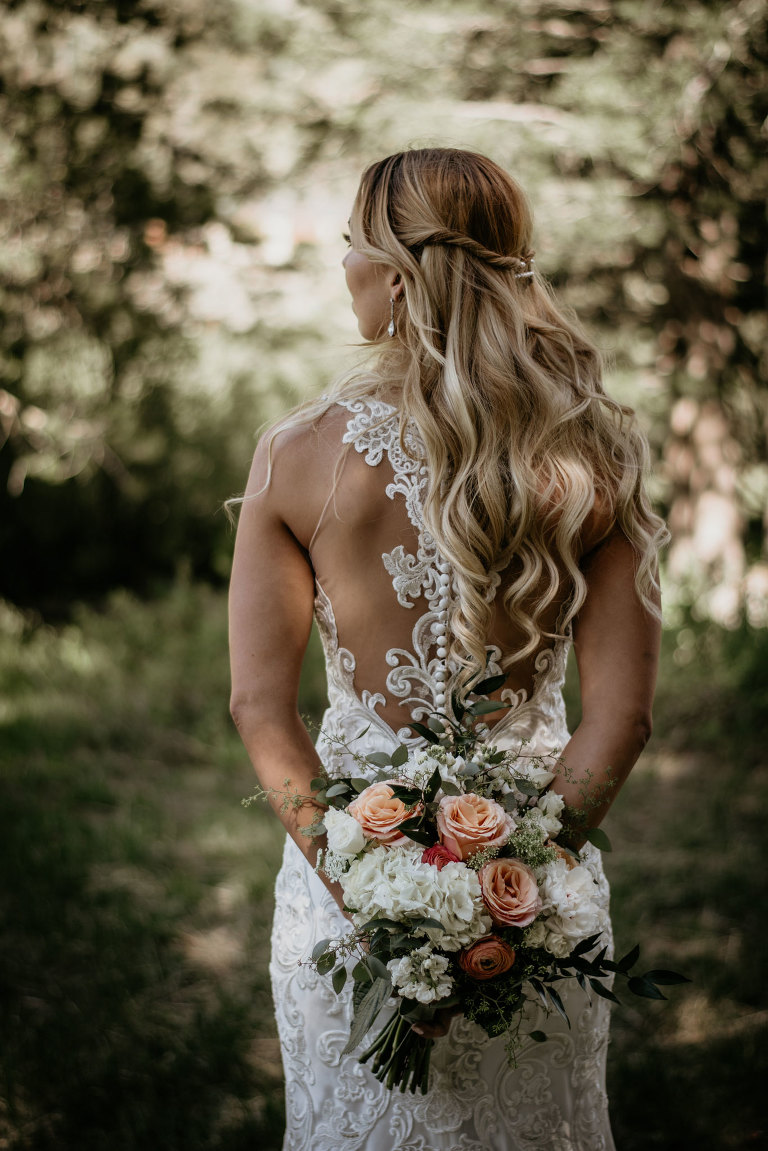 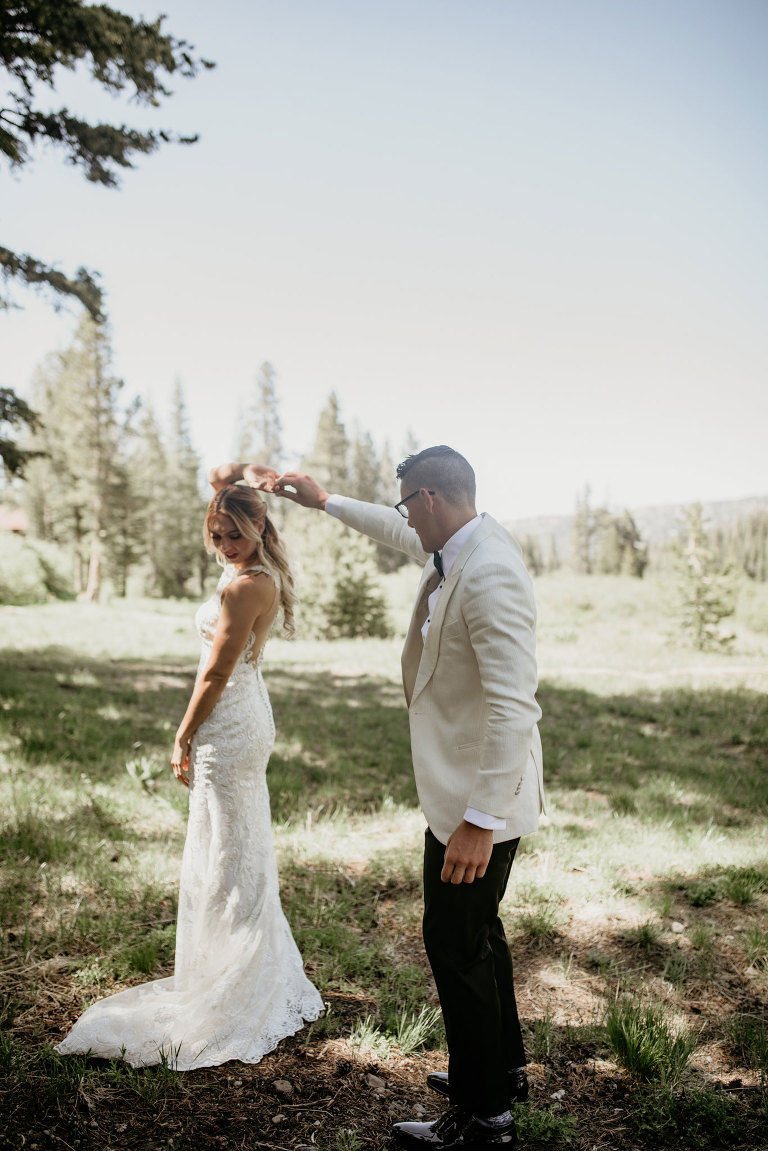 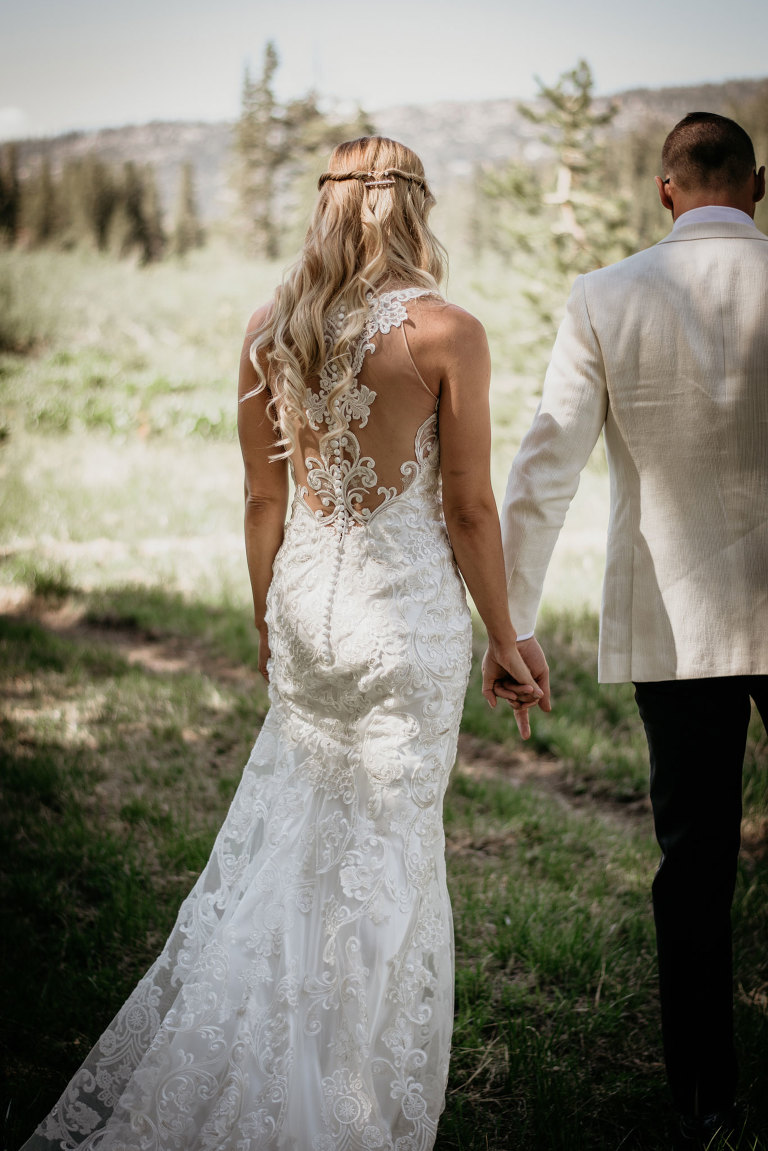 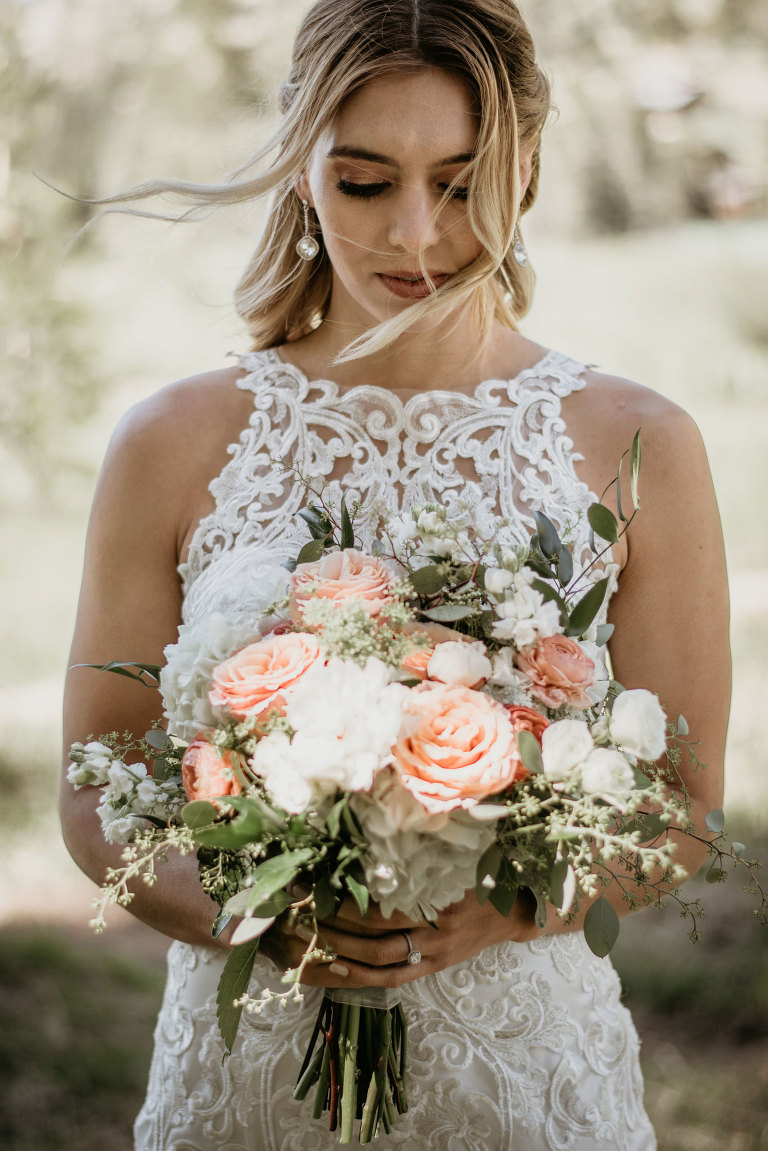 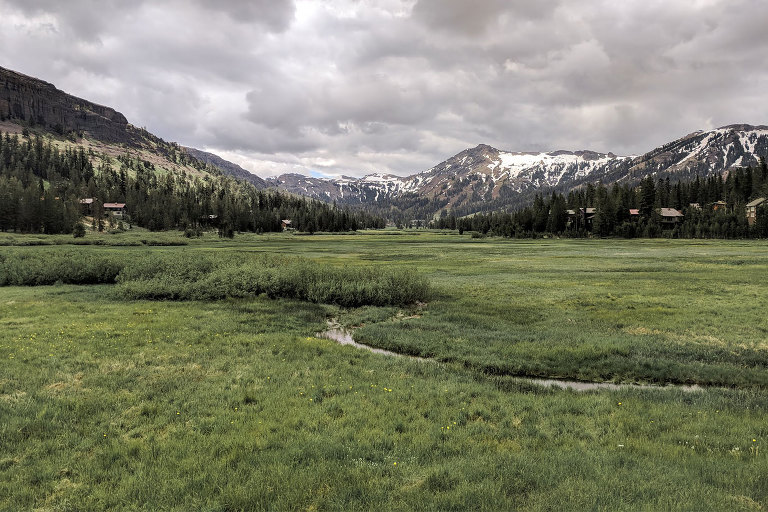 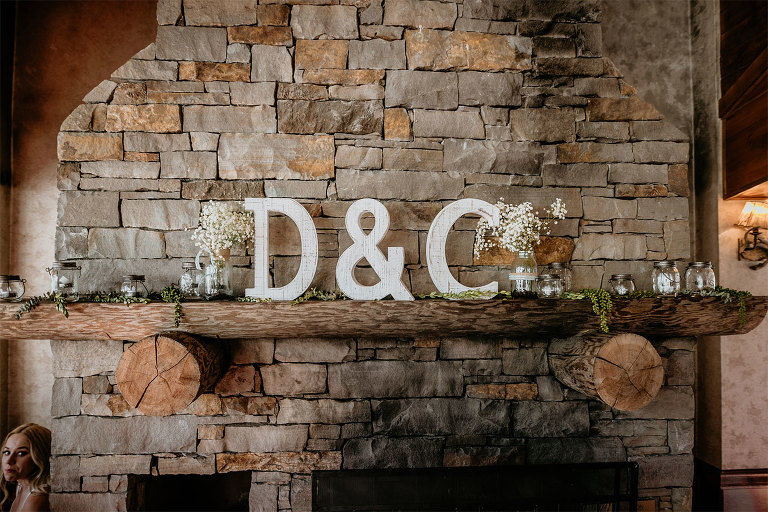 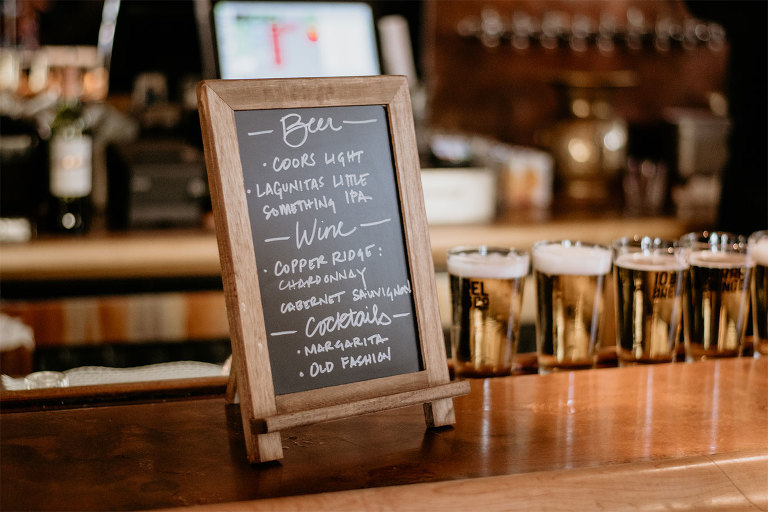 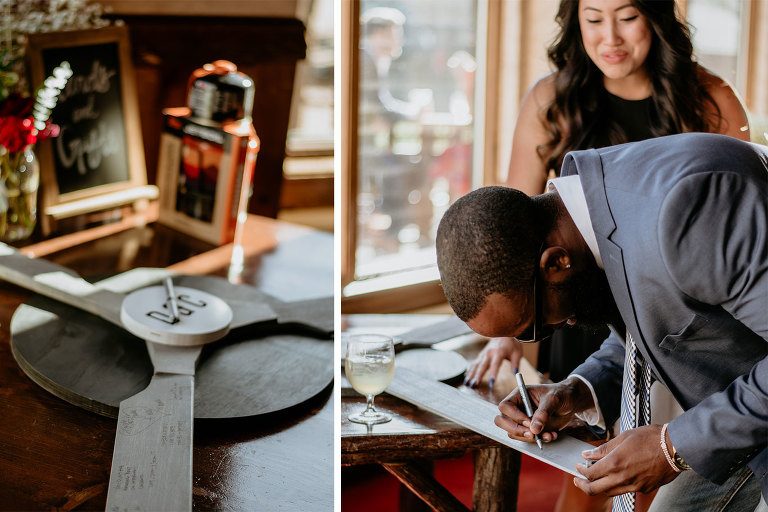 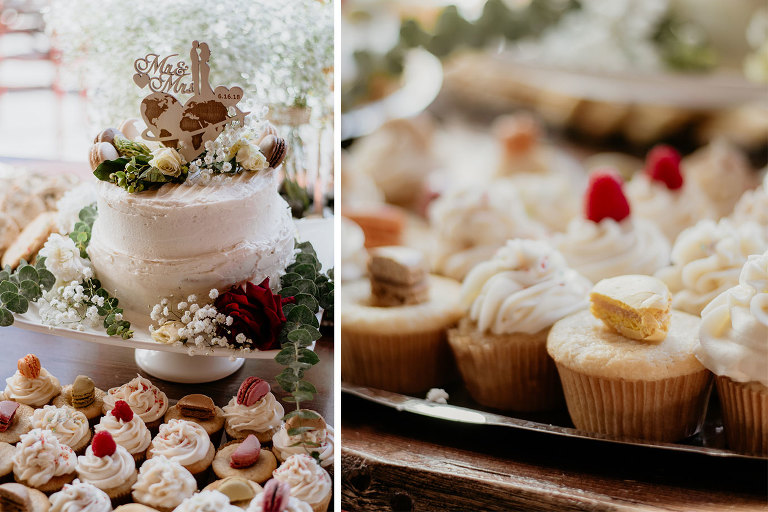 Let me take you on a little adventure. Just south of Lake Tahoe there is a beautiful town called Kirkwood, most famously known for its amazing skiing during the winter. What many people don’t know is that Kirkwood really shines in the summer! Majestic mountains frame lush green meadows bursting with blooming wildflower providing the most magical setting for Celeste and Davey’s chic and adventurous wedding.

These two lovebirds met in college and sparks flew immediately (pun intended as Celeste is a helicopter pilot, so cool!). Late in 2011 these two met while Davey was selling baked goods for an Air Force ROTC fundraiser, when Celeste happened along and Davey offered her a coffee on the house. Celeste only accepted the coffee after bartering with a bag of leftover halloween candy corn, and didn’t leave with just the coffee as she also asked for Davey’s number. Their love bloomed and after four and half years of dating Davey popped the question at the most magical place on earth, Disneyland!

Davey and Celeste are such a fun-loving couple this rustic outdoor venue was the perfect match for their adventurous spirits. The day dawned bright and clear, which can sometimes be a challenge when shooting in open sun, but finding the shade of some majestic pine trees provided a gorgeous setting for their first look and portraits. I’m going to blame the elevation for why I felt breathless the whole day. Ok, it might have been from the stunning location, or the bride’s gorgeous dress, or the incredible connection these two have. Whatever it was, it was definitely a day I won’t forget!

Congrats Celeste and Davey! And thank you for having me along with you on your most special day.

Dreaming of the day when we can frolic freely in t

No need to social distance from our furry friends!

wedding + lifestyle
photographer
let's do this Ready to book?
Have questions?
Just want to chat?